On 9/12/1918 Henry signed his WWI draft registration.  He was married to Francis Roland.  They lived at 34 Edwin Place in Buffalo, New York with daughter Ruth.  In 1920 they still lived on Edwin Place, Ruth was three and son Frances was two.  Henry was a cartman at a trucking company.

The entire family moved to Bailey Avenue by 1940.  Henry was still a truck driver.  He filled out his WWII draft form in 1942.  It says he has a small finger on his left hand.  There isn’t much information easily found after 1940 until his death March 25, 1965.

I’m sure this is another from my mother’s addition to the prayer card collection.

After reviewing some sources on Ancestry it appears there are at least 3 Vincent Geraci born in the 1890s in southern Italy.  I tried separating them but there are too many born abouts that don’t match a source with an exact date.  If this was a know relative I’d try harder to figure this out.

There are three arrivals in the US over fifteen years.  Sure it could be travel back and forth to Italy but there is military service in New Jersey for one while he would have been in Italy.  I would need to do a deeper search to understand which is which.

This is another case of a prayer card my mother added to the collection.  Cynthia was born September 17, 1943, two years before my mother.

She was in Kensington High School in 1959 at age 16.  At some point she married and changed her name to Cynthia Behlmaier.  Since she was born after 1940 there are not many records easily accessible for this project.  I found a tree on Ancestry but they had the same records I was able to locate.  They list parents but no records connecting them. 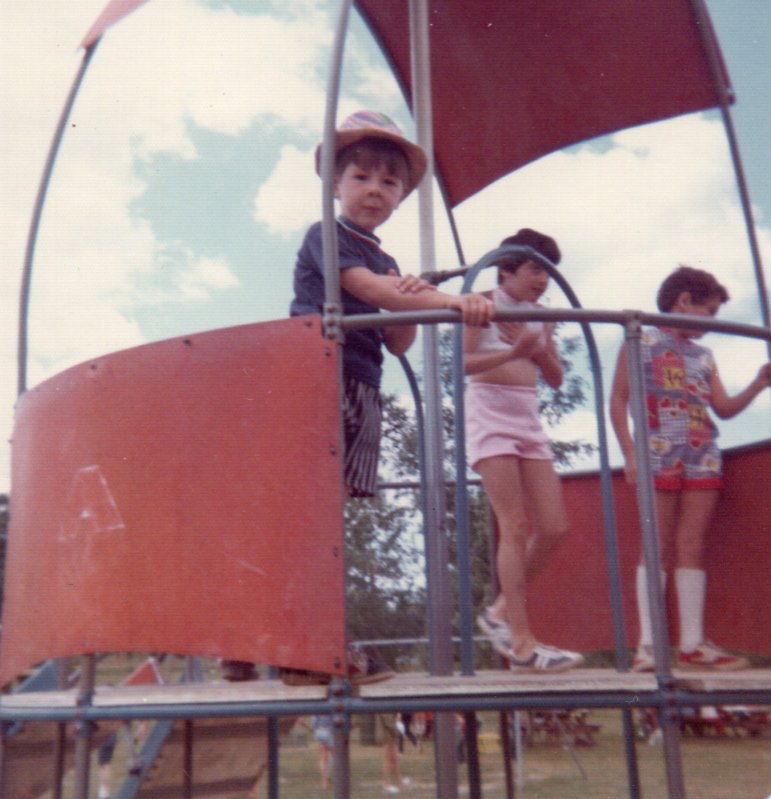 I wish I could give some information on this picture.  I found the picture in a photo album I found in my mother’s things.  It was a box of things from my grandmother.  I went through and scanned the album.  This is the first post from there.

That is me about 4 years old.  I have no idea who the other two in the picture are or where this was taken.  This is why you need to label pictures.

Right now I am trying to figure out what I can about my 3rd great grandmother Sarah E. Dickson.  In 1880 she was listed in the census with her husband Joseph and daughter Susan.  The whole family is listed as born in Ohio.  Joseph and Sarah show their parents also listed as born in Ohio.  There is also a Wilkison Reed listed as part of the family.  Instead of son or daughter it says adopted.  His birth is Penn.  The census appears to be filled out by the enumerator for most entries.  Wilkison does not appear on future records connected to the family.

There is some conflicting information in the 1910 census for Joseph.  It now says his parents were born in Germany.  This does make sense since his 83 year old mother Catherine now lives with them and it lists her birthplace as Germany.  Two children still live at home: Denver 22 and Charles J 7.  There are three borders living with them: Samuel Noice 21, James Smith 52, and James Sullivan 38.  At some point I will need to investigate Samuel Noice.  My paternal grandmother was born Loretta Noice, this may be another family connection.  Another fact listed is that of seven children born six are still living.

Joseph and Sarah are still together in 1920.  All these years they have been living in the Fairfield County are of Ohio.  Their sons Denver I  32 and Charles 19 are still around.  Daughter Goldie Cost 28 and her son Paul R. Cost 6 are living in the home also.  They had four borders living in the home with them: Nathan Farrow 66, Harry Holsman 40, Paul Thimnes 22, and Archie George 22.  They must have been doing well at the time because they had a live in servant; Minnie Rosemeyer 66.  Joseph and Denver were both plumbers.  Regarding Sarah again it says her parents were both born in Ohio and she was able to read and write.

The record that I came across that is causing issues that I am investigating is New York, Passenger and Crew Lists (including Castle Garden and Ellis Island), 1820-1957.  On this record a Sara Gang arrived in the US on May 7th 1921 just one year after the last census. This Sara was also born in 1859.  On this form Sara was detained but finally admitted.  The cause of detention was listed as “LPC  Un read PH D.”  Thanks to the genealogy community on Twitter I learned this means likely public charge, unable to read, and physical deformity.  Nothing in the census files, especially 1920 makes me think she would be listed as a public charge.  She has consistently shown as able to read and write.  Also on the record it says she was part of a group of 6, none of the group is named to any known family.  After reviewing all of the known information I can’t accept this record as belonging to my Sarah Gang.

Now in her 70s Sarah is a widow and sharing her home with only two borders, Harry Holtzman and Finn Hyle.  Joseph died February 14, 1929.  He is buried in section L at Forest Rose Cemetery in Lancaster, Fairfield County, Ohio.  A  year later on May 22 1931 Sarah died.  She is buried with her husband.